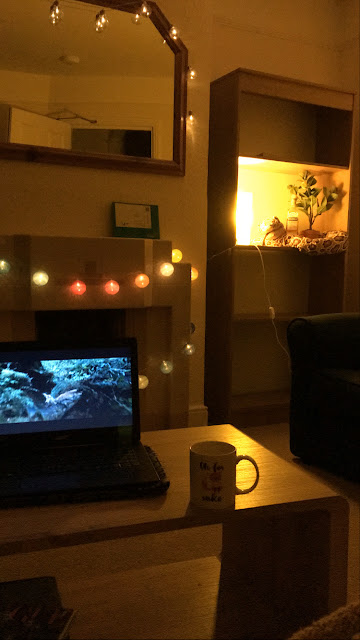 At Benet's you have to live out in your second year simply because there isn't enough college owned accommodation. Being able to live in for all three years was a really important aspect of choosing my college so I was upset to find out that Benet's, a college I had not chosen, couldn't house everyone for all years of their degree. The concern was primarily financial as house prices in oxford are astronomical!  Nevertheless, I accepted the inevitable and in November of first year I chose a house with a group of friends for the next year.

It's ridiculous really that only a few weeks into knowing each other you have to decide who you want to live in close quarters with for a whole year. But that's the reality as houses in Oxford get snapped up quite quickly (although this isn't to say they all disappear after Christmas, in fact two people in my year didn't sign onto their house until after March!).

Hunting for houses was really difficult because even though we had decided on a group, our criteria where all quite different. For example, my top budget was much smaller than others and I was happy to live farther out to accommodate that but for others that was something they wouldn't budge on. In the end, one person dropped out because after several disgusting house tours in Cowley we simply weren't making any progress. We actually ended up in a house in New Hinksey. It's a really lovely area, not student-y at all. In fact it's quite residential with a park, a lake, a community centre and a lido. I really like it and it ticks all my boxes.

My advice when thinking about house hunting it be really clear with each other:

When thinking about people to live with it can be tricky. You're never going to have a problem free house, there will always be points of contention but agreeing on a few things first might help things run more smoothly: 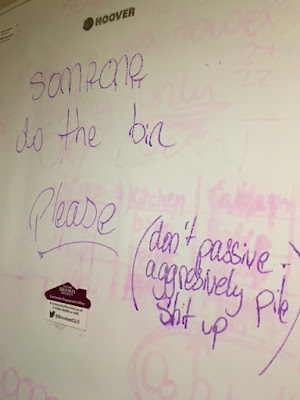 Although none of these are the be-all and end-all, it's important to consider because you'll be living in close proximity with them for a year.
My house has had its share of arguments over cleaning and partying and I've really struggled with chores. I'm a bit of a neat freak I will admit and that has resulted in my struggling with the amount of mess others are happy to live in. I definitely think my housemates think I'm a bit neurotic but I can't help it. We did have a chore rota at first but it broke down quite quickly, partly I think because of the sheer volume of academic work we had to do. But, the result is that I do most of the cleaning which can be very annoying, especially if I also have a lot of work to do. 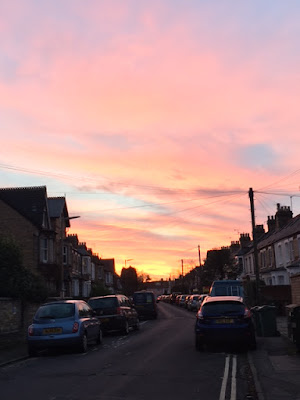 Living out is different for everyone and I'm sure my housemates could say a bit on this. This sounds like a bit of a complaint but I've actually really enjoyed the freedom from living out. I'm more in control of what I eat and when I eat and it's nice having my own communal space in the living room. Also being able to have people round and not have to host them in my room is a real blessing. I think it's also brought me closer with my housemates which has been nice and I'd definitely say my house has become the social hub in my year which is a compliment. I've also found living out very useful when it comes to work. I can stay behind in the holidays and catch up on work or get ahead for the next term, using the libraries etc and there's no pressure and fewer people about. At the end of Trinity I stayed behind for about 3 weeks on my own and hosted friends and sorted myself out workwise including pre-reading and thesis which is something I couldn't have done if I were living in and I know its something people in my year are worried about for finals. I think most people would agree working at home is not ideal! 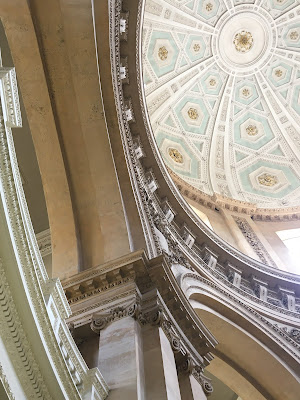