Being a JCR President

At the end of Hilary, in early March I held hustings for the next JCR Committee Executive positions: the President, Treasurer, Secretary, and Grad Rep which meant that my term of President was about to end.

My conclusions? It's really really stressful. My predecessor gave me a few tips and tricks but he also warned me that it will be all consuming and before long you'll take up smoking or something else to cope. I thought he was exaggerating a bit. He wasn't.

I acknowledge that I took on the Presidency at the height of the COVID pandemic so it wasn't exactly the ideal circumstances, but nonetheless I found it really tough. I think I found it particularly difficult because I hadn't had any prior experience on the JCR Committee, so when I ran for President it was a bold move. There were upsides and downsides. I had little to know experience of leading a massive team where decisions really mattered and I didn't have to report back or check in with another body or authority. I was that authority on lots of things. I also didn't know about many of the Benet's events. I'd never been involved in the organisation and I hadn't experienced them all yet so it was mammoth task. ON the plus side, I'd not been involved with the previous committee so didn't have precedence to fall back on. This meant I inadvertently changed the way things were done. Fresher's week was organised by a smaller sub committee which made decisions easier and conclusions were reached faster. Despite this, it's not something I'd recommend, getting into the Presidency as a first year. It was certainly a baptism of fire.

Other things I found tough was the time management. I invested in a diary and wrote down all my commitments and appointments etc both academic, personal and JCR but the issue was more with the volume of commitment. Some days were just entirely taken up with back to back meetings. Being online was actually a godsend because I wouldn't have been able to get to in person meetings quickly enough!

I certainly think that my academic work suffered. I couldn't put as much time into it as I wanted and often had to be fairly cutthroat either only giving myself a few days per essay or simply handing in things late. The tutors were very understanding but I was annoyed I had to fall back on their goodwill. I think I also undermined myself by taking on too much, I've been doing Arabic online with the Language Centre and that was also another commitment I didn't really have time for, as pointed out by one of my housemates who just shook his head or raised an eyebrow with a look of "I told you, you're doing too much". He was right.

Despite all this doom and gloom there were upsides. I enjoyed revitalising St Benet's which included setting up a new Instagram (@st_benets_hall_jcr) because the login details had been lost for the previous one. I also spruced up the JCR with new furniture and chucked out all the junk which was a cathartic side project. And I updated things like the Fresher handbook to make it look nicer and update the information. I finally managed to get the Hall to create a separate President account which meant that the JCR and my personal emails weren't all mixed up, and, we looked a bit more professional and in line with other JCR. There's also a JCR website on its way, so I do feel like I made some progress.

I also really enjoyed the President community or Prescom which was such a bastion of support in hard times and also a really nice bunch of people to have a laugh with. Even though the biweekly meetings could sometimes drag on, I did like going to see everyone and know what was what. I certainly found them good to turn to when I had a problem because I knew they would know what it felt like or might have a solution for me. I also did enjoy knowing what was going on and I liked feeling like I was in the thick of things, even if that does sound a little narcissistic. 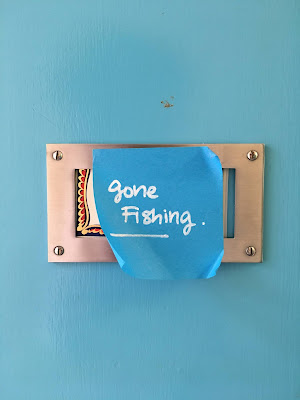 Having to deal with Hall staff and real issues, however, has soured my view of Benet's somewhat. The resistance and difficulties around flying the pride flags for Pride Month was a headache and I often felt like Sisyphus which was physically and emotionally draining. I remember my predecessor telling me to pick the fight I knew I could win but I felt that was defeatist so I went ahead. I know what he meant now, although I don't regret making that step forward for Benet's even if there's still work to be done.

Now that the results are in and my successor is starting to form his new committee, there's still a part of me that can't let go. I feel the JCR is my baby and I've nurtured it for a year now. I'm both glad and sorry to see the responsibility go. I just have to remember how much time it will free up for other activities now! My biggest regret is that with COVID going on, we couldn't have a proper committee night out or send off. It was instead, a slightly anti-climatic final Zoom committee meeting.

My advice for anyone looking to take on the role would be: