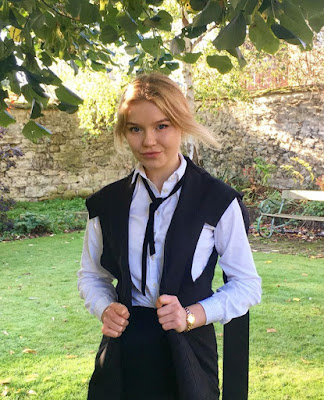 So I just wanted to start with asking you why you applied to Oxford specifically?

I watched Mama Mia 2 and in the beginning in the introduction of the film there was a song, ‘When I Kissed the Teacher’, and it was filmed in New College Oxford and I was like “okay this looks good I'm going to apply”. Also, this guy he's my friend: extremely intelligent charismatic and it happened that he got a first in Law at Christchurch and when I got to know him I was like “Oh my goodness if he did that, I'm certainly applying”. Also, basically during the open days and everything I mean Oxford was sort of the stupid dream of mine that I could you know. I never had the belief that I'm going to get there but I thought if I applied, maybe I'm going to push myself harder so I'll get to the other ones. Yeah so worst case I will get to my second best choice and the other thing is that I really I really liked it. I was so surprised by how nice, how welcoming and open minded people are and well I wasn't disappointed.

Because obviously you're an international student did you find it was like a culture shock or it was a bit difficult at first? Did you feel like there was kind of a difficulty in settling in?

I think it was the opposite actually because the image of University for me is a bit like students are treated a bit inferior in opposition to the teachers. It's sort of like you’re servants to your professor. And obviously in Oxford that's not the case; I feel like in Oxford there’s so much more equality and because of this I was actually surprised in a positive way so I felt much more welcome. I felt much more respected and everyone was so friendly it was incredible. I mean maybe it's also because I used to be in a British school but just for two years and that was a shock really. My high school was a bit of a shock but I guess all of the public schools are a bit of a shock. Also in Oxford your university is not just uni it's more of a lifestyle it's more of your like life choices.

What do you mean by that “Oxford as a lifestyle”?

You spend all of the time on campus which is not the case in Poland and also in Germany. In Poland it's more of you go just to study at University but you spend most of your time outside of it and in Oxford it’s the case that is your whole lifestyle and I don't mean - don't get me wrong, it's actually quite engaging for sure but at the same time it’s a different experience compared to my friends. I feel like that was the biggest shock.

Absolutely but the biggest difference is because I used to go to Polish school. You have your teachers actually discouraging you from doing anything outside with your subject like extracurricular activities. That’s not the case when you apply to University outside Poland, in the majority of EU countries the only thing that matters is your exam results there is no personal statement there is no extra points for any external activities nothing like this the way it is understandable that teachers discourage you from doing anything outside of your curriculum while on the other hand it is quite harsh sometimes.

How did your family feel about you like coming to uni in the UK and have you found it difficult in terms of home sickness and things like that?

Because everyone was so welcoming, I feel like I had actually much more care and attention from all of the staff. I was less homesick than if I studied in a different city in Poland. Everyone was so welcoming it was sometimes a bit overwhelming. St Bennet’s is a very close community that is very friendly. I felt like for example with our year I feel like I knew everyone, and we pretty much knew each other from day one and everyone was so chill, and it was really good.

I applied to Wadham. It was such a rubbish decision it was completely random. I didn't like Wadham on open days I was just like it sounds quite nice I mean it is a funny word I want to apply there.

Was that something that you wanted when you came to Oxford?

Yeah that's what I liked about some of the other colleges as well to be honest. I mean the main building is actually in a good location I would say even a brilliant one, but the problem is that is so small that you don't really make use of it.

Do you feel in Freshers you were ever at a disadvantage because of being an international student?

I felt everyone was very welcome and I guess it would be a bit different if we were in the big college where probably you know that Europeans would stuck with Europeans. The Muslims would stay with Muslims etc, but I guess in our college it was more we got a good mix. I don't think I was at a disadvantage.

Interesting because I do feel like some of the international students in our year did kind of keep to themselves.

Yeah I think for them, because the Singaporean society works fantastically that they don't have this need to spend so much time. But yeah I think I would like international societies to maybe provide more events together but I guess usually there is a Singaporean ball or something in Trinity term so maybe my outlook would look a bit different.

Did you find that there being a Polish society was a really nice community- a home from home culturally, because I know you were quite involved?

I love it, absolutely fantastic!

Was that something that you looked for when you came to Oxford or was it kind of you happened?

It sort of did because I have plenty of friends already I mean plenty of friends from this society already and we do events all the time and you know it happens at some of these events are in Warsaw. It’s really good like if I want to ask about some internships it's very welcoming and I have always someone to ask yeah for help or anything.

Do you think that it can be quite difficult for you in terms of moving in and out because obviously we have to move out every term?

I'm already used to it because when I was at high school I used to move every six weeks so I had to pack everything bring everything home but I guess it's much more difficult for someone who is from Singapore or are the countries are quite far away because I can just use a post to send all of my parcels. And it's not like super expensive, it costs like £20 which is fine for me.

If I could choose I would prefer to have a college which provides accommodation for all of the three years because I've had quite a lot of trouble finding myself house and organising a guarantor and all of the legislation it was quite difficult actually and it took me a lot of nerves and stress. 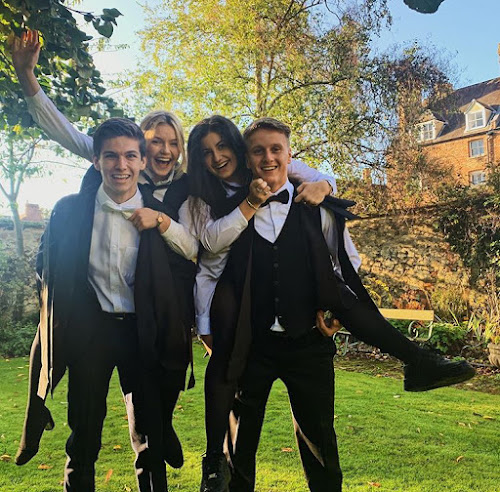 Do you wish that like college have been able to help with that a bit more?

Yeah if a college could be a guarantor because I know some for example Imperial does it. For example I found myself a guarantor but Franek has had to pay the whole sum for a year. I mean It is quite a lot of money.

Yeah, wow. That must be such a financial burden for him. Do you think that in a way because none of the colleges are guarantors, that that disadvantages international students?

Definitely because it's that extra worry, extra stress and it's already so expensive.

Because you applied to Wadham then you got placed at Bennet’s you didn't really have a choice and considerations around finances and accommodation are really important when you're thinking about where you want to stay. Do you think it would actually be better if the colleges were more equal in terms of how much they cost and what they provided?

Absolutely. Because food is the foundation at Benet’s, it’s more expensive than other colleges. Usually I wouldn't be eating at the college for all of my meals and I guess no one really is so it's sort of a waste of our money.

Do you feel like when you came there was did you find that you provided for quite well in terms of welfare?

I feel like we got plenty of support from the second and third years on the welfare nights and with the traditions. I feel like because it was much more open it was less stiff and also I didn't feel like it was a bit too pushy.

Do you feel like um college has made the day to day interactions a level playing field no matter your background?

I feel like everyone is welcomed an I guess we have a very good mix of characters and people who do who have different hobbies you have different passions different.

My final question is there any like advice that you would give to other international students maybe like Polish specific students in applying or anything that you wish that you'd known?

I feel like I had a bit more difficulty in moving from high school to uni. Very often you will find that people already have friends at Oxford so very often they are, particularly in case of kids who went to the same school together, they will already know 40 people and then you'll find out they know everyone. So I guess the thing that you need to be, is very open, just ask them out for a coffee or something because they are extremely friendly people it's just they already have so many people around them that you know sometimes they just don't have time to ask you out so you know you need to be the first point of contact: being confident and putting yourself out there.