My socio economic background is securely middle class. I went to state grammar in Birmingham (high performing but relatively underfunded i.e shared textbooks for a levels). I’m British Indian and both my parents studied in med school in Chennai. I don’t have any physical disabilities but diagnosed with generalised anxiety disorder.

What made you want to apply to Oxford?

Pressure from parents to apply to a “good uni” especially when studying humanities. In school most of my grades were average and I was relatively hardworking. My degree is also niche and so not many places offer the joint honour of theology and philosophy.

Do you think that idea of pressure from parents is a topic that’s just ignored as a BAME issue?

I think certainly I’ve come across ideas like arranged marriages and Asian parents wanting children to study medicine, the law etc as kind of ‘backward’ and (white) people aren’t prepared to discuss it. Have you ever felt this?

Yeah I do think for lots of white people its seen as totally taboo and so not worth a proper discussion, they dismiss the cultural differences too quickly. I think if you want to foster a proper open community you've got to be open to discussing everything, not just the things you agree with and validate your position. I think at Oxford because of course everyone is very clever, people sometimes like to be intellectually placated by only discussing things they're already well informed on. 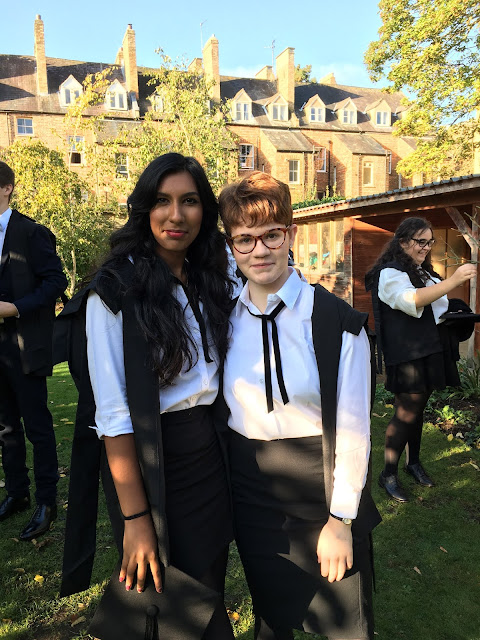 What college did you apply for and why?

Worcester as it has beautiful gardens and a lake where I envisioned myself studying. It felt very grounding and peaceful as a college where I would spend most of my time.

Ah yes! I remember you saying about the lake, I would love if you would take me on a tour!

How helpful were your school in applying-

They did what they could with the resources they had; Set up a very causal 10 minute mock interview with a history teacher one lunchtime. RS teachers looked over personal statements and were around to help. The school would advertise Oxbridge events if they occurred in partner schools mainly the private schools but these had limited places. Also they encouraged those applying to Oxbridge to meet after school and discuss current affairs themselves

That’s very similar to my school actually, I found degree specific help was quite difficult to find but the teachers were very enthusiastic- the difficulty was not knowing how specifically they could help. I think more experienced schools and private school definitely have that canon of experience.

What kind of school background did you have e.g supportive, difficult?

School is notorious for neglecting mental health of students and being very high pressure but many teachers individually, especially at a level, were supportive and would give up lunchtimes for extra chemistry classes etc

That’s interesting yeah, do you think schools are very much exam factories? Do you think that has carried onto Oxford, how have you found the mental health provision?

I’ve had counselling and actually found it quite useful but their time for me was quite short so that was a downside.

Yes I found it the same, I felt, not like I was a nuisance, but that they had lots of people to get through and wanted to send me on my way a bit.

How was your family in terms of helping you?

Pretty strict about Oxford being the only real choice and were quite involved with monitoring how much work I did.

How has your background affected your experience at Oxford such as freshers?

I definitely wanted to find more people who choose not to drink rather than those who could never drink due to religious belief and those who would enjoy drinking at all events. At home there were lots of Indian people at my school who drank very little but still went out to pubs and clubs and so I would have felt comfortable if I meet more people like that I think and wouldn’t have to justify my choices each time. Besides that I suffered from pretty bad anxiety leading up to freshers but it went away in the first couple of days. It was just due to fear of not fitting in and also fear of having a panic attack in a formal situation like a meal or masters collection.

I definitely think that the divide for drinking and non drinking events limited who I interacted with in freshers week. I think it might have been better to have more events that were non alcoholic without a really different alcoholic option if that makes sense, drinks might be available but the premise of the event was not to specifically drink.

Everyday generally it is ok in Oxford day to day. I do not feel judged but I do crave more diversity of thought and culture around me. More homely pastimes. More modules from south Asia in the theology course. More appreciation of culture overall.

I’m sorry to hear that but I can see what you mean. Do you think that Oxford in general and college specifically is not as diverse as it could be? I think it would be much better if the colleges were more equally proportioned. Some colleges e.g Mansfield are known for having a big state school presence but do you think it would be better if all colleges were a bit better spread

c. How has your background affected wider uni e.g clubs/societies?

I joined HumSoc which is the Hindu society initially to do something proactive and organise events. I had to attend and lead prayer sessions and social functions as part of my role. I used to think I went because I had to do but I realised it was something I needed and I actually value being able to say things and taking for granted the fact people around me understand what I mean. When I talk about certain food, festivals and just my family dynamic

Are you self-conscious or embarrassed in some situations e.g accent, dress etc

Wearing Indian clothes even on Diwali you feel like an ambassador for your culture and somehow you seem to become more Indian in the eyes of others when truthfully it is a balance I think a lot of second generations kids can’t express. We also possess that culture but we don’t show it often and when we do it in Oxford it can seem like you are a sort of token. I also find there are some past times I have always seen as distinct from my culture e.g opera, theatre, skiing many of these things are enjoyed in Oxford and I have had tutors talk to me about it as if I would know about it in depth but it does feel a bit alienating. I feel this is possibly also the case for others who are from families who do not take interest in these activities white or otherwise

Do you find these experiences difficult to talk about with the majority of people?

There is definitely a big culture of making everything into a academic debate for the sake of it. Often I would not bring up any race issues with boys who want to create a forum of all lives matter. Similarly, some spaces are echo chambers for preaching how bad Oxford is with race without necessarily doing anything about it and that seems unproductive too. Seeing as all my tutors are also not people of colour it can be hard to find someone who appreciates the feeling of otherness that can arise just being at a white and traditional university.

Do you find/think that colleges differ?

Benets seems to be making an effort and though the master is a little patronising and careless with his words it offends me less because he isn’t ignoring my culture rather accepting that maybe I would like to speak to Indian people who visit or say a few words at Diwali. I think bigger colleges may be more disassociated from their students of colour and their welfare needs. I feel like Oxford generally has a mental health problem that is accepted and until they address this issue they cannot begin putting in welfare resources for their ethnic minority students.

What do you wish your college did better/what do they do well ?

The dinners celebrating faiths are good and having a BAMErep and talk in freshers week. Perhaps staff and others should be encouraged to attend that talk. Maybe Fr Oswald’s interfaith session should be held after one evening meal and everyone should go.

I have helped give admissions talks for south Asian students joint with uni and it has been an inclusive and promising event. I think hearing staff say there is a problem is good rather than pushing it under the rug by saying we always chose the best students. Sometimes context is more important I think and appreciating how well someone has done despite not having the same resources. Maybe more statistics should be noted on how many south Asian people attend the Oxbridge feeder public schools.

Are there any non college facilities e.g clubs/societies that help?

HumSoc and PakSoc (can talk more about specific events on the phone) e.g Bollywood bops with Indian music in clubs/ non drinking events)

How can it improve?

These clubs should be shown to students of colour early on and the access booklets done by Rachel (the St Benet's Access Rep) will be great for this, especially if they are put up on the SU website.

Is there any advice you would give to applicants from your background before applying?

Please do apply but know you might feel like other at times and the racism can be subtle and nuanced often due to ignorance more than anything else. Find people who make you feel comfortable to be your truest self and this will help you remember your identity during an intense term in the Oxford bubble

Any other comments on anything I haven't specifically brought up?

Imposter syndrome can perhaps be worsened for those already having an identity crisis in Oxford. I have been told by multiple people in my year “I would only date white girls... I have white dating preferences”.

I'm so sorry, that's awful. I think lots of people don't realise how damaging such comments can be and I think at Benet's we could definitely work on calling out what is essentially casual racism. 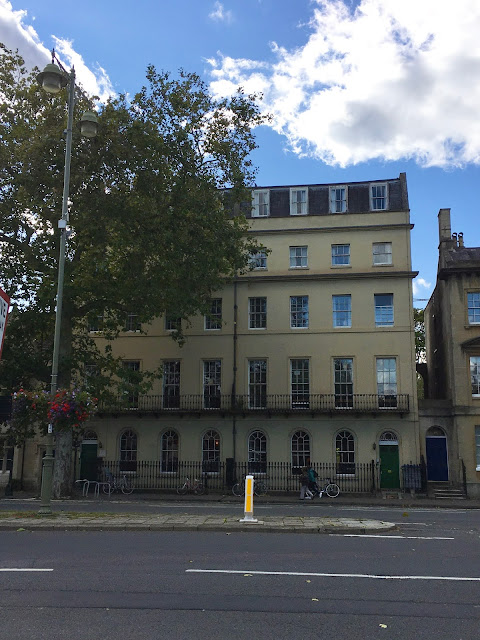