Choosing your college is very much like choosing your university. I went through pretty much the same process to decide. I weighed out options, I thought about the kind of elements I liked e.g can you live in for all three years, what facilities does it have etc.

In the end, as the deadline for the applications loomed ever larger,I spent an entire day with my mum going through the long list that I had made in order to narrow it down to a short list and then my final decision. It really did take all day! We looked through the prospectus and then went to each college's website and looked through their official and unofficial prospectuses. The official prospectuses are essentially what the main Oxford prospectus says about each college but with a little more detail and background. The unofficial prospectuses for each college were the most interesting as they were much more detailed and were mainly written for prospective students by current students. I found this quite quickly helped me narrow down my choices because it was a much more transparent depiction of college life. I would highly recommend doing the digging!

As well as prospectus for each college you can have a virtual tour of each college on the Oxford website. I had been to Oxford a couple of times both with my family and on school trips but I couldn't really remember all the colleges and I don't even think I managed to visit them all- there are just too many and not enough hours in the day. Using the virtual tour tool was a really helpful refresher and it allowed me to easily and quickly compare college spaces by just opening up each college tour in a new tab. 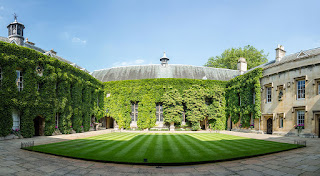 I eventually settled on Brasenose because it was in the centre of Oxford, the rooms were all quite fairly doled out although there was a price-quality sliding scale, they had lots of extra curricular activities such as sports teams and a drama group, it was a medium prices college with most meals served in hall but rudimentary cooking facilities for a bit of independence and I thought it was very beautiful. My final three were Brasenose, Orial and Trinity which are all medium to big colleges ironically and all very famous. 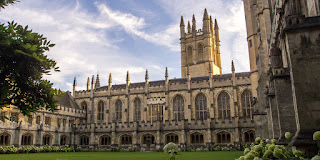 It was a very slow and deliberate process and it's important that you do choose your college carefully because its possibly where you'll be spending 3 years of your life and meeting the bulk of your uni friends. Don't just pick a well known one because you've heard of it before. You need to look into and think hard, vising Oxford will help you with your decision because it'll give you a feeling of the place although your tastes can change. When I visited with a friend we were both set on St Edmund's Hall but after having another think I decided on Brasnose!

However, whilst you can deliberate and decide as much as you like your college is not set in stone as I was to find out...


Disclaimer: I do not own the images included in this blog post. All rights belong to the respective owners of each photos. I do not claim these photos as my own.
Labels: advice application colleges how to choose Oxford university